When my husband get home from work, he is usually starving. Normally if he has been in meetings all day he doesn’t have long for lunch. So he is always asking ” What’s for tea?” Before I started maternity leave it was whoever was home first would start tea, now I’m home all the time it’s me! Therefore I’m getting back into my meal planning and stick it on the fridge each Sunday ready for the coming week. Midweek meals with Pukka Pies have become the norm lately with the cold weather we have had. 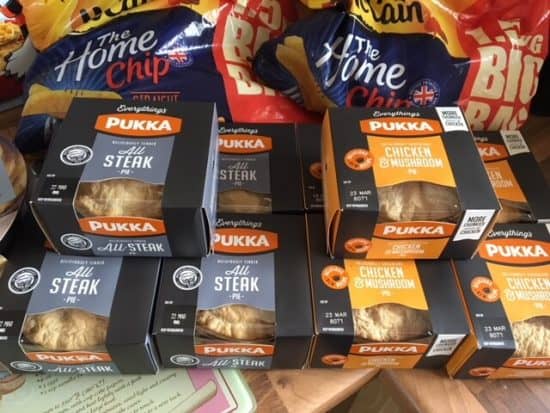 The good thing about Pukka Pies is the wholesome hearty meal that they provide. Teamed with mash/chips and veg, add a splash of gravy and you have the perfect midweek meal for hungry tums.

We were very lucky to receive a shopping delivery of Pukka Pies and some accompaniments to help us shape our midweek meals.

Midweek Meals – What We Thought

I love the versatility with Pukka Pies. You can pop them in the freezer when you get home for eating at a later date. They are also fine for cooking from frozen. They practically go with anything! They are just as nice with some baked beans as well as vegetables. You can teem them with chips or mash. Are you team mash or team chips?

I think we are both here, I love the comfort of eating pie and mash with gravy. On the other hand it’s always nice to have pie and chips.

The pies are full of filling, light crispy pastry and extremely moreish. This goes for both the All Steak and the Chicken and Mushroom pies we were sent to try.

Pukka Pies celebrated one of the nation’s favourite dishes earlier this month by teaming up with Food Historian Seren Evans Charrington-Hollis to reveal its Top 5 Pie Facts: 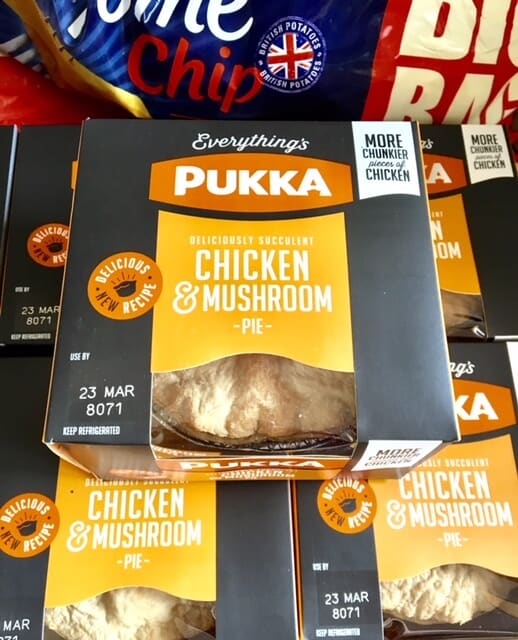 Pukka have a huge range of pies available including All Steak, Chicken and Mushroom, Deep Fill pies, Chicken and Gravy, Steak and Ale, Veggie Tikka Masala and many more!

They were founded by the Storer family in Leicestershire in 1963, Pukka is an independent company with a passion for pies. Supplying fish and chip shops and supermarkets with the highest quality light, flaky puff pastry with 144 layers, select cuts of meats and flavoursome gravies, Pukka Pies is now established as the UK’s number one Hot Pie Brand across the foodservice and grocer sectors.

Employing 350 people local to the Leicestershire area, Pukka Pies takes pride in developing its people and providing jobs to passionate and specialised staff to give all of its customers the ultimate good mood food.

You can find our other “foodie posts” here.

*We were sent a delivery of Pukka Pies, chips and mash for this post.