Hello! It’s book review Monday again. This week I have read one of the books from the Geek Girl series called Head Over Heels by Holly Smale. The Geek Girl series are about Harriet Manners, a 15 year old geek. Harriet is not a trendy teenager and really doesn’t like fashion. Her best friend Nat does though, she aspires to be a model. 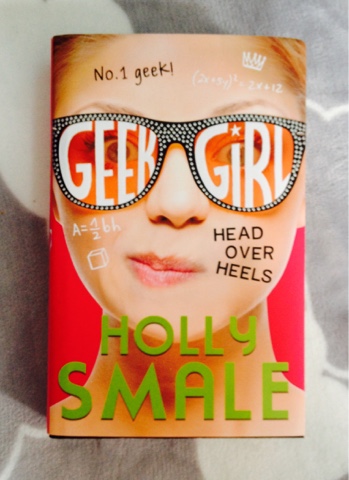 Book Description:
“My name is Harriet Manners, and I will always be a geek.”
The fifth book in the bestselling, award-winning GEEK GIRL series.
Harriet Manners knows almost every fact there is.
She knows duck-billed platypuses don’t have stomachs.
She knows that fourteen squirrels were once detained as spies.
She knows only one flag in the world features a building.
And for once, Harriet knows exactly how her life should go. She’s got it ALL planned out. So when love is in the air, Harriet is determined to Make Things Happen!
If only everyone else would stick to the script…
Has GEEK GIRL overstepped the mark, and is following the rules going to break hearts all over again? 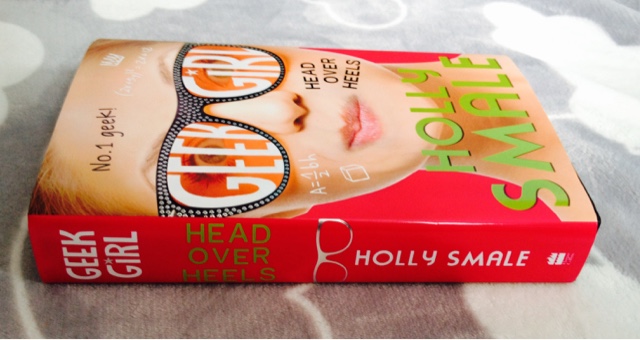 My Review:
This is my first encounter of the Geek Girl series. I am really glad I have had the chance to read it. It’s fabulous! Funny, original, smart and of course sassy! The perfect read for any teenage girl. That’s my opinion anyway as a 33 year old mum!
Although this is the 5th book in the series, I don’t feel as If I have missed anything, by starting with this one, as there was a little recap. I may be wrong though. I do think I will dig out the other 4 as it’s such a great series.
So in Head Over Heels Harriet is single and preparing for her exams. Romance does crop up in this book for Harriet and I get the feeling she is growing up. The characters round Harriet are fun and so loveable. The author Holly Smale really has an amazing series on her hands, and I hear there is a 6th book on the way. The book is well written, and perfect in many ways.
I was sent this great young adult novel to review. I do recommend it’s for ages 11-15 year olds but if you fancy something easy to read on a hot summer’s day this one is for you.
I have given Geek Girl-Head Over Heels by Holly Smale 5 out of 5 stars.
Hardback Edition 416 pages
Published 7th April 2016 by HarperCollins Children’s Books

Disclosure: I was given Geek Girl Head over Heels to review. All the opinions and views expressed are my own. I am also a part of the Amazon Affiliate scheme so if you click on a link to Amazon and buy, I will receive a little bit back, so thanks if you do.
Thank you for sharing