Today on the blog I have a guest post from the lovely Andrew Joyce. You may remember his guest post from last year on what it takes to properly research a book before writing. This time Andrew shares with us one of his short stories from his latest book.

Over to you Andrew…

What you are about to read is one of the stories from my book, Bedtime Stories for Grown-Ups, a collection of short stories that are a mixture of fiction and non-fiction. My hitching adventures are true. The Danny narratives are also true, but written from a perspective different from mine. The fiction stories are a jumble of genres.

There are a whole lotta stories in the book—700 pages worth. Enough to keep you reading for the foreseeable future.

Here’s one of my fiction stories:

It was early in the morning when the man rode into town from the east, the sun at his back, his long shadow before him. The street was deserted except for an old mongrel dog sniffing its way home after a long night’s prowl.

He proceeded on the main thoroughfare—the town’s only thoroughfare—until he came abreast of the Blue Moon Café with its “WE NEVER CLOSE” sign hanging from the ramada. Spurring his horse over to the hitching post outside the café, he dismounted and entered the establishment.

At that time in the morning, the chairs were on the tables, and the only occupants were a boy sweeping the floor and a disheveled, overweight man behind the bar wiping a glass with a dirty rag. The barkeep watched the stranger approach.

“How ’bout some whiskey?” said the stranger.

When the barman was slow in responding, the man grabbed his collar, pulled him down until he was bent over the bar and their eyes were staring into each other’s.

“I said whiskey,” growled the stranger.

“Yes sir, right away,” was the barkeep’s quick response.

When released, with a shaking hand he placed the glass he had been wiping on the bar, grabbed a bottle from beneath the counter, and poured a liberal amount of an amber liquid into it.

As he started to re-cork the bottle, he was told to leave it.

Turning his back to the bar and placing his elbows thereon, he called to the youth doing the sweeping.

Placing his broom against the nearest table, the boy did as he was bid.

“Well, Billy, do you know a man by the name of Jake Tapper?”

“Do you know where he lives?”

Reaching into his vest pocket, the man withdrew a silver dollar and flicked it in the boy’s direction. “You go tell Jake that Mac’s in town.”

Jake lay on his bed, staring at the ceiling. It was much too early to be awake, but since she left, he’d found it hard to sleep. It had been a heady eight months. He had never loved a woman as he had loved Jeanie. Sure, it was taking a chance messing with Mac Conway’s woman, but it had been worth it. Now that she had run off with that piano player from the Blue Moon, he thought he’d just stop running from Mac. Might as well get it over with, thought Jake.

“A man down to the Blue Moon told me to tell you that Mac is in town. I think he wants to talk to you.”

“Alright, Billy. You tell him I’ll be right there.”

Jake packed his few belongings and left the room. Instead of going to the Blue Moon, he went to the livery stable and saddled his horse. Then he mounted and headed out of town as fast as the beast could carry him.

It is one thing to think brave thoughts in the seclusion of your room, but it’s another thing to face Mac Conway in a saloon. Hell, it ain’t healthy to face off with Mac anywhere. Now that Jeanie’s gone, there’s no reason to git myself killed.

The next day Mac caught up with Jake, and then went looking for Jeanie.

Thanks Andrew for sharing this with us.

Bedtime Stories for Grown-Ups is available from Amazon.

Andrew Joyce left high school at seventeen to hitchhike throughout the US, Canada, and Mexico. He wouldn’t return from his journey until years later when he decided to become a writer. Joyce has written five books. His first novel, Redemption: The Further Adventures of Huck Finn and Tom Sawyer, was awarded the Editors’ Choice Award for Best Western of 2013. A subsequent novel, Yellow Hair, received the Book of the Year award from Just Reviews and Best Historical Fiction of 2016 from Colleen’s Book Reviews.

Joyce now lives aboard a boat in Fort Lauderdale, Florida, with his dog, Danny, where he is busy working on his next book, tentatively entitled, Mahoney: An American Story 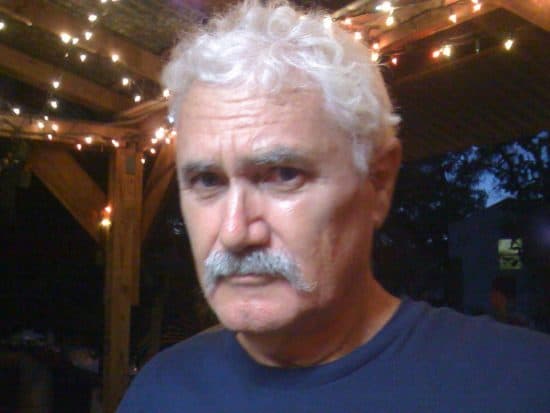