This beautiful engine house and chimney stack is at the back of the car park at my local supermarket. I have walked past it hundreds of times but never really stopped and looked at the beauty and history behind it. 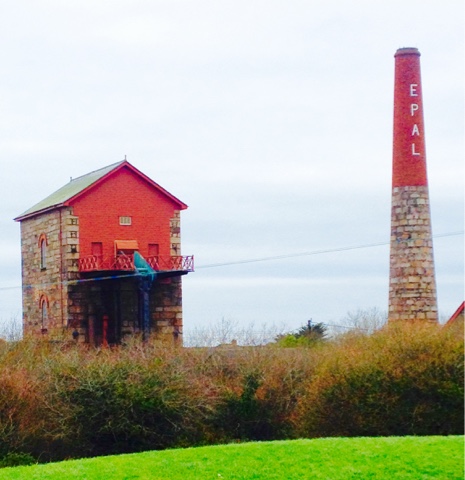 The site of this engine house is called Taylor’s Shaft and was started in 1922, after flooding ocurred in nearby winding shafts. The 110ft tall chimney stack next to it was actually built for the engine’s boilers before the engine house was built itself. The letters EPAL built into the stack with white bricks stand for East Pool and Agar Limited.
The East Pool mine was first used to collect copper and later on tin from the early 18th century until 1945.
At the Taylor’s shaft site there is a National Trust discovery centre called Cornish Mines and Engines -it is currently closed due to still being in the Winter season. It will reopen on 22nd March 2016.