I remember my mum telling me about James Herbert’s Rats when I was a teenager, it was my first step into the deep dark scary world of horror. It’s a book world where I keep going back to years later. This introduction to horror led me to explore what young adult horror books were around in the early 90’s and these are what I found!
At school I remember there was some kind of book fair, and everyone was going crazy for the Point Horror series. They were written by many different authors including R.L Stine, who became to be my favourite young adult horror writer. He wrote Beach House which is shown in the picture, I love that one as I remember my older sister buying it for me. He wrote the Babysitter series which as I remember were well creepy! I’m sure that if you are of a similar age to me these were a part of your childhood! I still treasure my copies to this day and they have the pride of place in my library, although they are a bit on the rough side now! 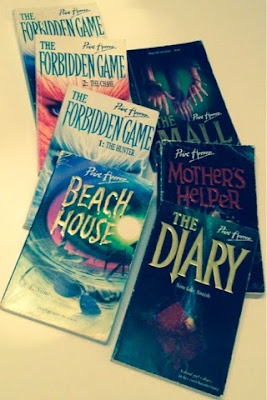 As I got older I used to go to the public library after school, and this is where I explored the adult horror section to a fine detail. When I was around 15 I discovered the master of horror Stephen King. The first book I read of his was Rose Madder, which is about a husband and wife and their abusive relationship. I can see now that it was probabaly an inappropriate book for someone of 15, but I found it so intriguing. After I read all the more well known King books, like Carrie, The Tommyknockers and The Stand, of which is one of my all time favourite books, I looked further afield, and came accross James Herbert. I am not keen on his novel Once, I found it just plain weird! Its like an adult fairy tale with lots of dark undertones.
I had never read Herbert’s novel The Secret of Crickley Hall until I saw the TV adaptation which was made in 2012. Its about a young family who go and stay in a creepy house in Devon. I love a good ghost story and this is a great one! The book is way better than the mini series! It’s one of those books that you can go back and read all over again. 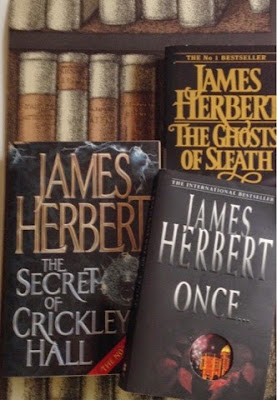 I would love to hear your thoughts on what your favourite horror books are, or if you are not a fan of horror your favourite books from school.
Rachel xx

One thought on “Nostalgic Horror Books from School”