I received this book at the beginning of the month from a Goodreads giveaway that I won. As you probably know from my previous post (A fantastic book win – Patalosh) it came beautifully packaged and I was so eager to start reading it! It is a high quality hardback copy.
Patalosh – The Time Travellers is written by Z. Altug and Tracey Gensler. It is a novel aimed at kids around 10-12 years of age I would assume, although I was not disappointed as an adult reader. It’s a fantastically written sci-fi / fantasy time – travel adventure novel. 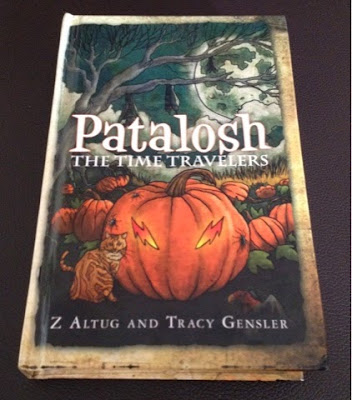 The plot of the story involves 10 year old Orion Spence and his adventure around space and time to find his parents who have been kidnapped by an evil emperor called Daaggerd. Orion’s companions include Sir K who is the first officer on their airship Exploricus, Pen the penguin and a host of other little buddies that they pick up on their travels.
Orion is a very brave chap and goes through a lot to rescue his parents. His quest to help him find his parents starts with finding 7 keys across all the continents in different time periods, to open the Ancient Book of Spells. The clues to the keys discovery hide in his medallion that only he can read.
One thing that I really adore about the book is the authors creation of a new world called Patalosh. Orion’s parents are Taloshians from Patalosh and have special powers but Orion is a ‘non’ Taloshian and is a regular kid from Earth. 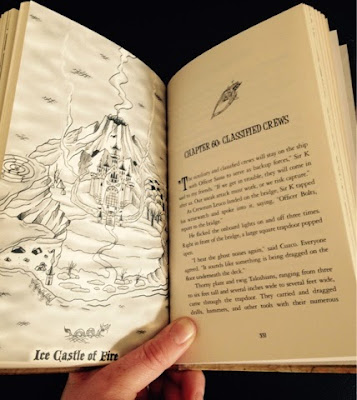 The book contains many illustrations throughout which is fantastic for the imagination of a kid. There are 73 chapters which are fairly short but perfect for keeping the attention of younger readers. Some of my favourite parts of the book are the additional information sections that have been included. These range from a guide to the Exploricus and Orion’s family tree, to a Patalosh Pumpkin Pie recipe! 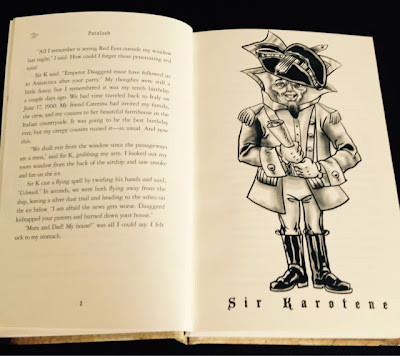 Once I got into the book I kept referring back to the front cover image and wondered why there were pumpkins on the front cover. This confused me for a while, until I reached chapter 41 and Orion describes how much the people of Patalosh love pumpkins and pumpkin pie.
The only thing about the book I didn’t quite like was the amount of characters that kept being introduced throughout the book and they were not being developed enough. I found it easy to forget them after a while.
The ending of the book I quite liked, it did seem to end with what I think would be further development for future books in the series. These I would love to read!
I would definitely re-read the book again one day. It was great fun! When I was a kid I would have loved to have found an adventure book like this one.
That is why I am giving Patalosh -The Time Travellers 4 stars out of 5. 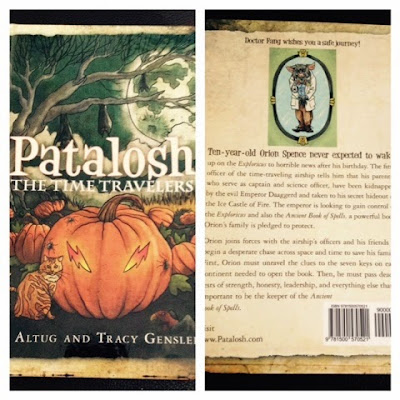 Rachel xx
If you enjoyed this book review, please follow me on Bloglovin and pop over to my Facebook page to keep up with my posts.

Disclosure: The views and opinions expressed on this post are purely my own